STATESBORO — Earlier this month, The George-Anne staff sent out a google form in efforts to connect with our audience and hear what you all had and have to stay about the Geoge Floyd and Ahmaud Arbery incidents.

In this form, we asked both faculty and students their opinions on the recent deaths of these two men and people alike, and some of the faculty even offered to expand on the ideas that they discussed in the google form.

There was an overwhelming overlap between professors' ideas on how to combat this issue, and their suggestion is to communicate and listen.

We interviewed each of them individually for more insight on what they had to say.

Julia Griffin, a professor in the English department said “I feel extremely distressed at the thought of my students feeling unvalued and disrespected.”

She also said that a lot of talk has been going on between faculty and the Vice President of Inclusive Excellence. Griffin said that as a department as a whole, “I like to think that we are very aware of these issues… but everyone can do more to be aware.”

Chris Barnhill, an associate professor in the department of health sciences said he is expecting to see a very politically charged climate on campus.

He said “from students, I think there is a message of ‘we want to be heard.’ There have been some incidents on this campus that have been going on for a long time.”

“It is an important thing for us as faculty members to make sure they have an opportunity to be heard.”

Barnhill also assured us that a lot of the faculty members are trying to see how they can incorporate the movement into their curriculum.

Antonio Gutierrez, associate professor in the department of education, made a point to commend Dean Amy Houston on how proactive she has been throughout the current events taking place. He said that she has been communicating with faculty and asking for their opinions and suggestions on how to address these recent events.

He also discussed his concerns for how some non-Black faculty members are addressing the situation. Gutierrez said “if I were a white individual, even I certainly would not be the first to respond.” He then brought up “white guilt” which, as described by him, is when people try to deflect blame to other people or other places. “It is an issue of an inability to want to think more deeply about these topics and who wants to be called out.” 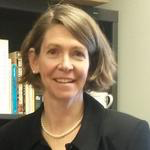 Carol Herringer, a professor in the history department, said “there just seems to be this automatic assumption which has its roots in slavery, that Black men are to be feared.”

Herringer discusses how she and the rest of the history department are taking it upon themselves to post on social media and educate people about the history of race and racism.

Natalie Logue said that the majority of the concerns that she is hearing is “what steps can we realistically take to make the space not only more diverse but more open and welcoming and making sure that we don't have unconscious barriers to the back community, to any community.”

Logue added “I think we need to be more active and make it a welcome and a non aggressive place for Black students and other students of minority to be on campus.”

Your contribution will enhance the experience of our student staff by sending them to
conferences and providing other training and support.